This article does not have a great relevance to Malaysian Wildlife but I know a number of Malaysian-based photographers enter their works in photographic salons under the patronage of PSA or FIAP and organized in a variety of different countries. I have participated in a number of these over the years and will give my views on these.

The reason photographers enter images in these salons is to gain acceptance points for so-called photographic honours that are awarded by the aforesaid institutions. What are the pro and cons of entering images in these events.

Pros
1.     You can improve your photography by seeing what images are accepted and winning awards. It is a quick learning process.
2.     You can flaunt your honours to your friends. Seriously the more you stand-out the more doors will open, including being invited to judge or to give talks.

Cons
1.     It is quite expensive to enter these salons. The price per entry of 4 images to one salon ranges from US$7 to a greedy US$25. To get some of the higher honours it will cost you thousands of dollars.  You have to have talent but the question to answer is: are you actually buying your honours? 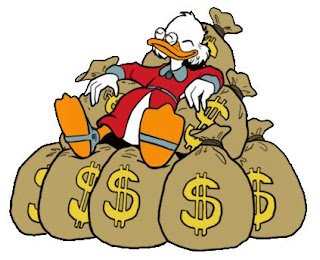 2.     Some of the judging will leave you bewildered and perplexed and possibly dispirited (more about that later)

3.     A number of anomalies exist in the increasing verbose rules concerning nature photography delivered by the two major administration bodies. For instance, you are allowed to shoot animals in zoos, birds glued to branches, butterflies removed from a fridge but shift one pixel and lightening will strike you down. 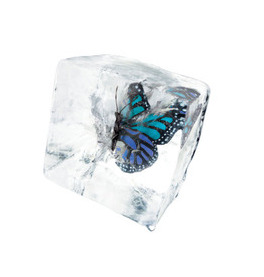 4.     In recent years a number of salons have been organized by profit-making companies…and those in some countries have been boosted by a change in honours rules that require a number of different countries to be included. 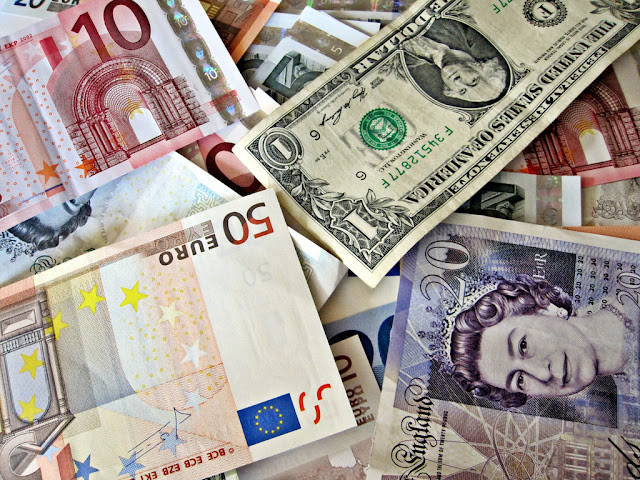 5.     Allowing Zoo and Game farm shooting. This was previously not allowed. It is rather perverse to see images of Snow Leopards where the photographer has never been to Tibet to record them in their native habitat. Likewise it is almost impossible to get a clear shot of a wild wolf…but easy at game farms. 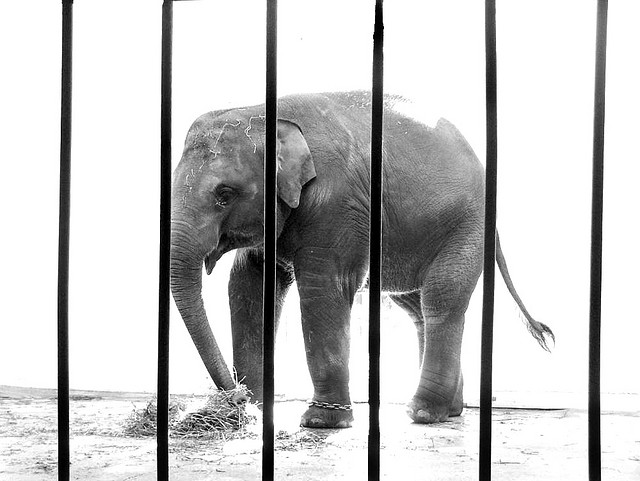 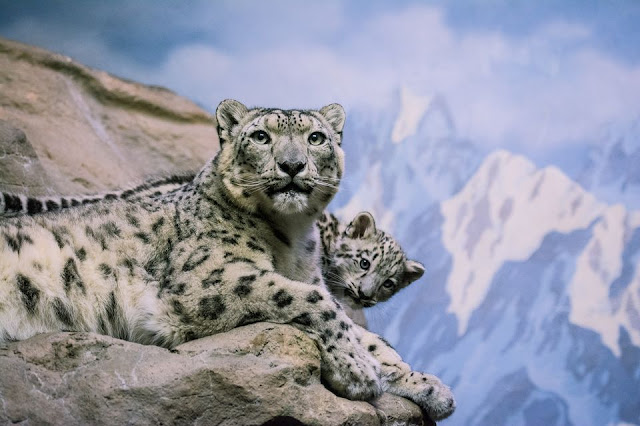 While #1 Pro is very valid you can see that there are more negatives on the balance sheet.

Overview
I have been, or am a member of PSA, APS, and PSNZ   the respective Australian. American and New Zealand photographic societies. These institutions founded in the film days are all bleeding members profusely. Young folks are just not interested and social media is essentially killing off these bodies. They are run by narrow-minded grouchy old folks. I know a number of good young photographers who have 200-500 ‘friends’ on Facebook and get their satisfaction from friends telling them how stellar their images are. This is fine….whatever rings your bell. I might add you are not comparing yourself with others and will likely not improve your images if you continue down this path.

There are of course higher niches for your nature images. There are several major prestigious competitions each year run by ANZANG (for images from New Zealand, New Guinea and Australia) and the British-based wildlife photographer of the year, which used to be run by BBC.

Hang the judge
We all like to grizzle about judge’s decision either in legal courts, when John McEnroe played tennis or during ice-skating events. I might add at this point in nature photography in the long run the best images will pull through but some odd things happen in the meantime.
The main problem with Nature photography judges is that they are usually good photographers themselves but have little knowledge about the natural world. It is like asking a skilled cabinet-maker to do brain surgery because he is good with his hands.

The other strange thing is that titles are not read out at the time of judging. For instance images of Bowerbirds displaying hardly ever go down well with salon judges…….why?.......simply because they have no idea what is happening. The same goes for displaying Victoria's Riflebirds. Also if you took a technically good shot of the rarest bird in the world……..if it was black or brown….it would be rejected. Why? Because the judge has no idea that this is a rare bird and you are not allowed to tell him or her.

Below are images of a Greater, Satin and Golden Bowerbird decorating their respective bowers ....complex behaviour not appreciated by judges. 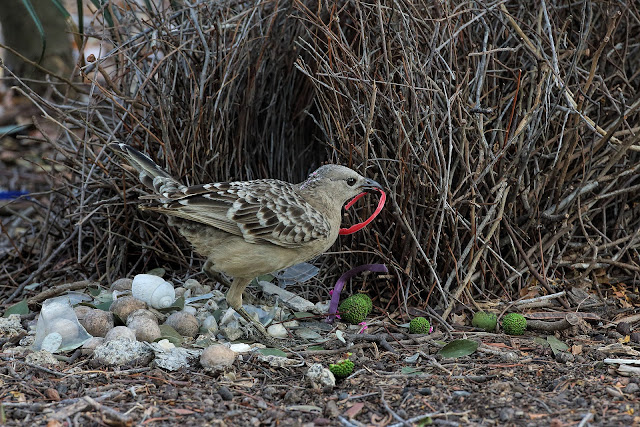 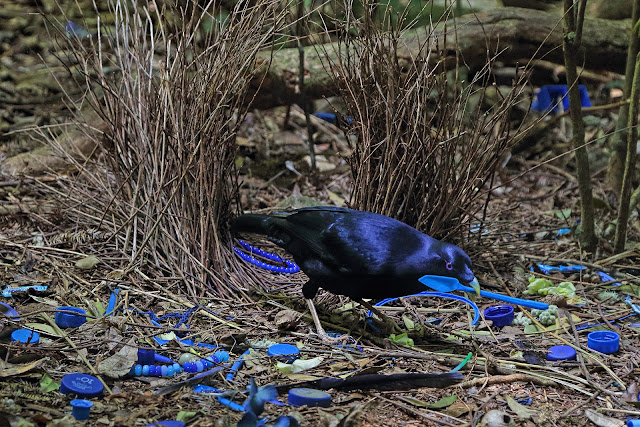 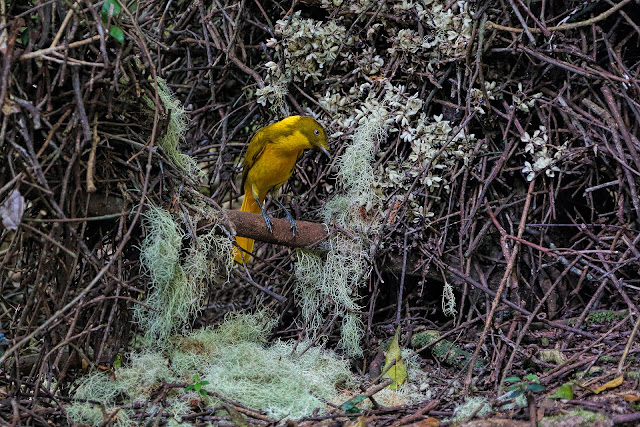 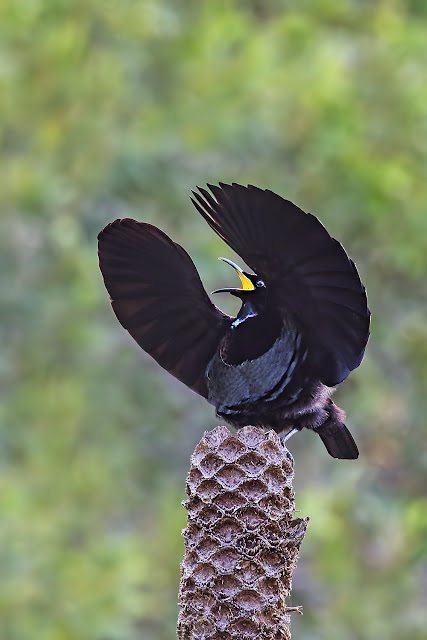 Above Is a displaying male Victoria's Riflebird which difficult to get but is not appreciated by most judges.

I have judged in some large salons and images come at you very fast and you have about 5 seconds to score them on some keyboard in a darkened room. It seems at times like an aerial dog (or eagle) fight where challenges come at you from all sides. 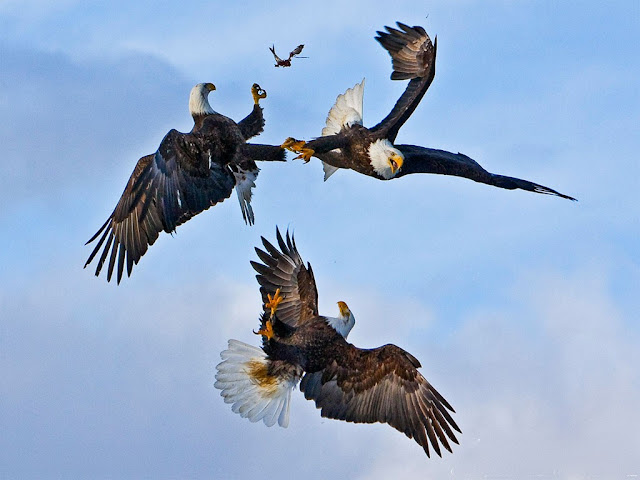 There are usually three judges and the pass mark for the entered images is fixed so an arbitrary percentage (usually around 30%) scores in the acceptance zone.

What particularly annoys me is when an image with an excellent record gets inexplicably rejected. It means that one, two or three judges think totally different from the last 100 or so judges. While I believe this is likely to happen with various art forms it really should not happen with a nature image………..in my opinion. Of course, individual judges may have some bias but this should be equalised by the other 2 judges. 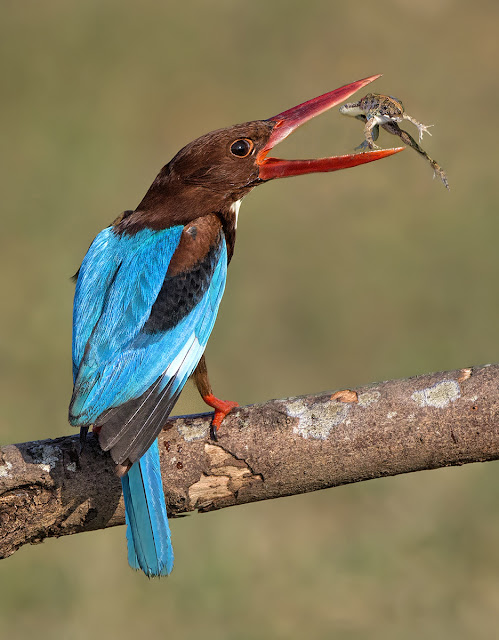 This image was entered in 52 Salons with 4 honours and 5 medals. It was deemed unacceptable in one salon 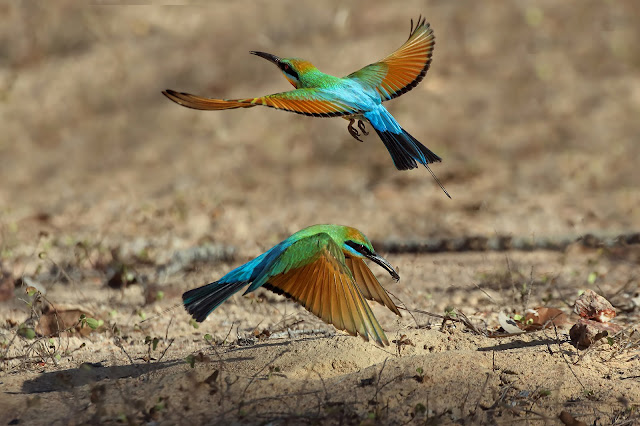 Rainbow Bee-eaters; In one 3 salon circuit this image scored 22 and was accepted and 14 and was rejected....a huge difference of 8 points. The acceptance score was 18 in each case.

Expert opinion needed
There are unfortunately a number of ploys used by nature photographers to get ‘the shot’ that contravenes the laws of nature and sometimes the laws of the land. A good judge will spot these a mile off.
1.  Butterfly staging. Newly emerged butterflies will remain still for hours while they prepare themselves for a brief aerial life. Several well-known nature photographers will take advantage of this by purchasing pupae and doing a studio set-up when the butterfly emerges. A good clue on butterfly shots is the disposition of the proboscis……if a butterfly lands on a flower to feed the proboscis will be unfurled. Actually, most butterflies feed from flowers while still flying. 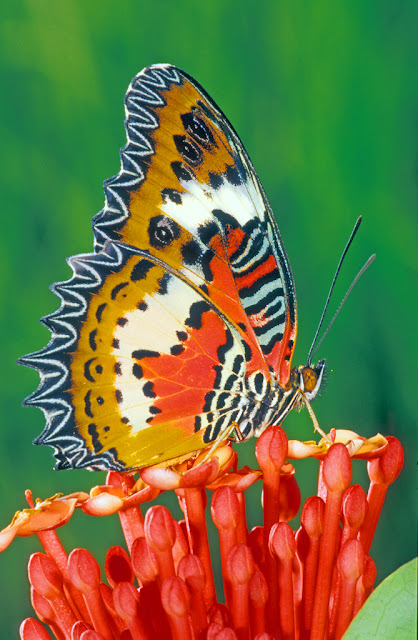 Malay Lacewing....where is the proboscis?

2.     Bird gluing. A reprehensible act where chicks being fed in the nest by parents are arranged in a line along an adjacent branch with the aid of adhesives. 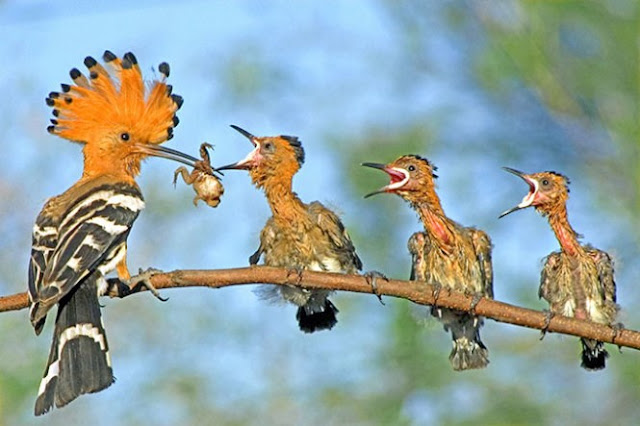 3.     Nest rearranging. There is documentation of a whole branch being sawn off and put in an adjacent location where photographers can recline in chairs and get a clear feeding shot. A slightly lesser crime is cutting branches around a nest for a clearer shot. Of course this exposes the nest to predators.

4.     Pumping and tethering. There have been recent cases recorded in Singapore of tethering chicks from a ground nest for better images and putting inflatable material in a fish so it will float for shots of a raptor attack. Both perpetrators were caught and fined.

5.   Literally shooting the subject. I was judging at one International event and a contending image for an award was an aggressive looking, sand-dwelling lizard. One expert informed the panel that more than likely an air gun was used to startle the creature before the shot was fired.

Locational bias
Smart exhibitors should have done their homework. In Britain photography at nesting sites is banned or frowned upon, therefore nesting shots will not be very welcome in British Salons. Also, despite their ancestors writing the Kama Sutra Indian judges are not very welcoming of mating shots. 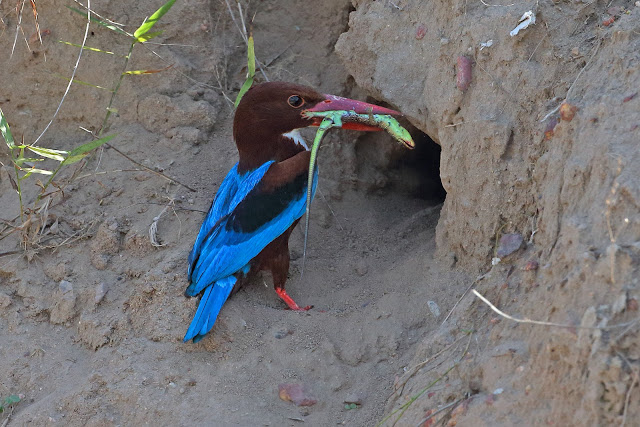 Nesting shots; A no-no in Britain 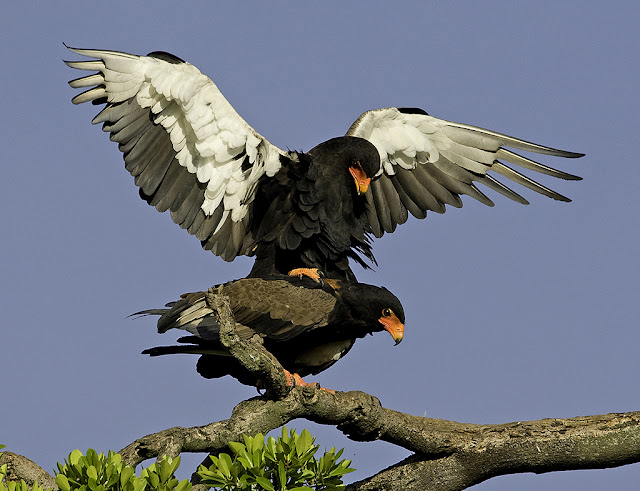 There is also a general style difference between British Nature photographers and their US counterparts. In Britain, they tend to go for more environmental shots showing the bird or animal in their habitat where US photographers tend to isolate the subject against a milky smooth background. I have also observed recently that Chinese judges tend to favour images that look like a Chinese painting. 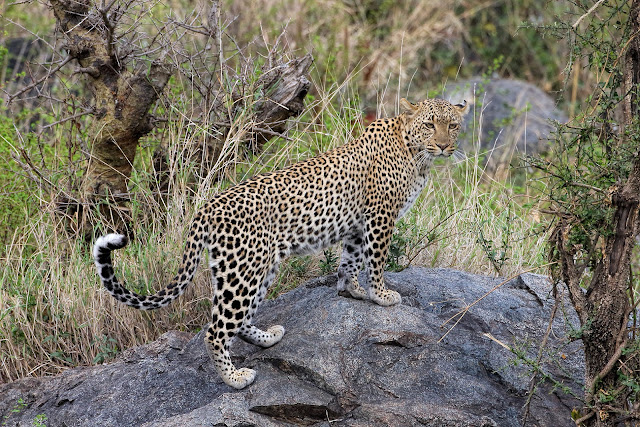 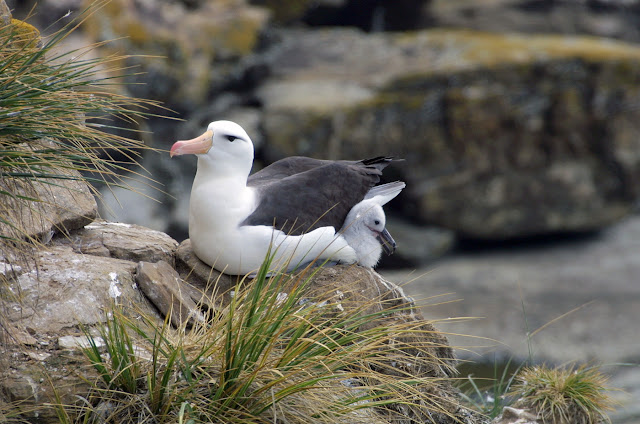 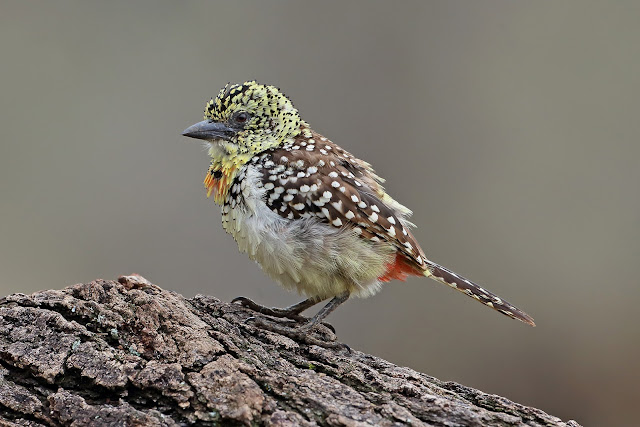 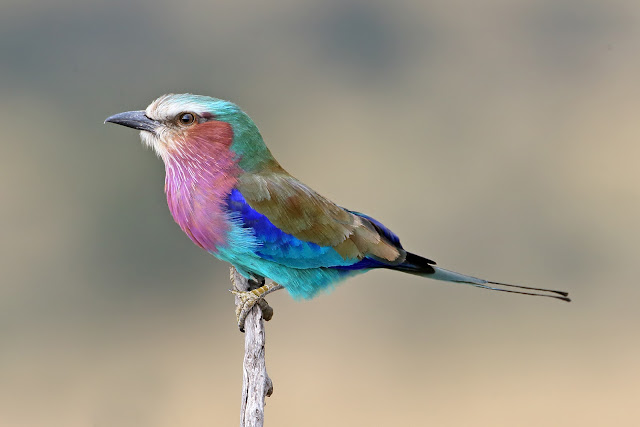 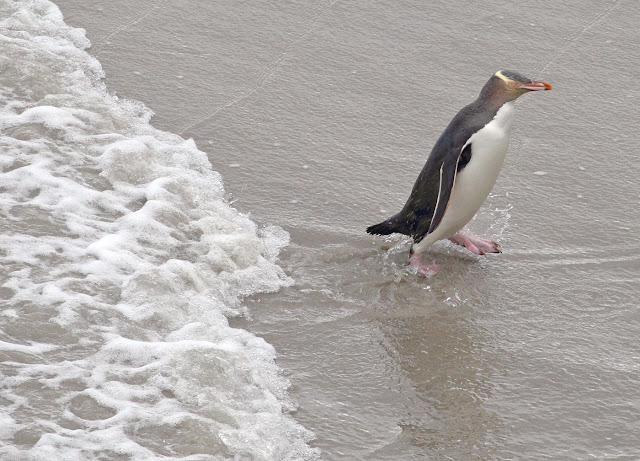 Yellow-eyed Penguins nest under bushes while only 6 of the 17-19 species nest on the Antarctic ice and snow. 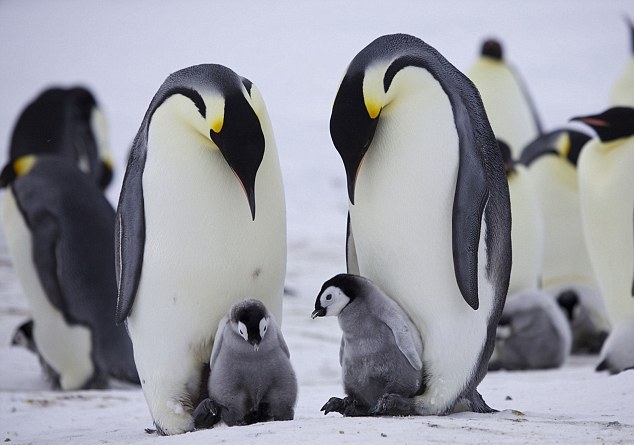