There is a large colony of nesting Chestnut-headed Bee-eaters in the confines of a large Buddhist temple complex on Penang island. The birds have cleverly adapted to a man-made structure and nest in drainage pipes on extensive retaining walls. There could be well over 100 active nests in this relatively predator-free environment giving it a condominium-like appearance. The pipes are about a metre long and the adult birds dig out a nesting chamber in the dirt at the inner end of the pipes where the eggs are laid and the hatchlings are first fed.. 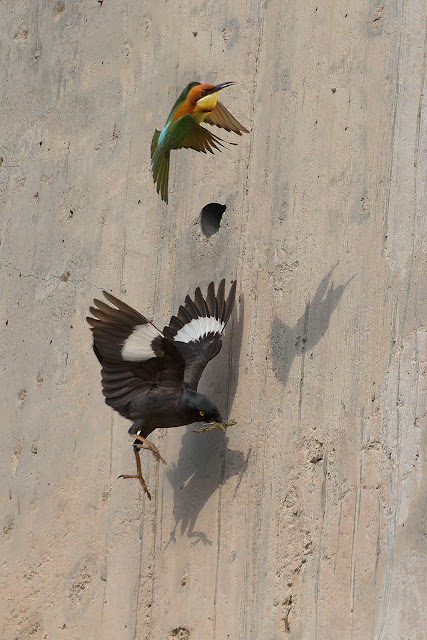 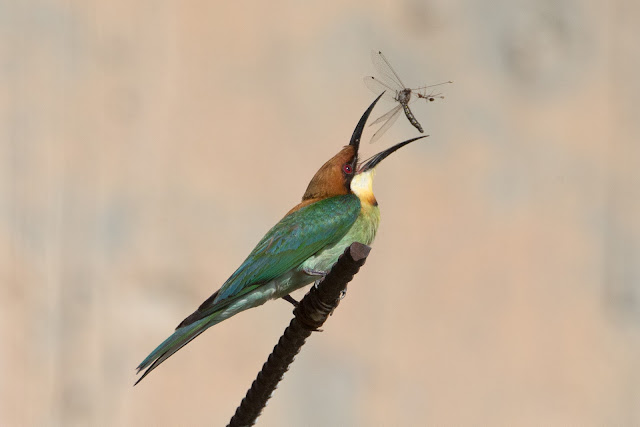 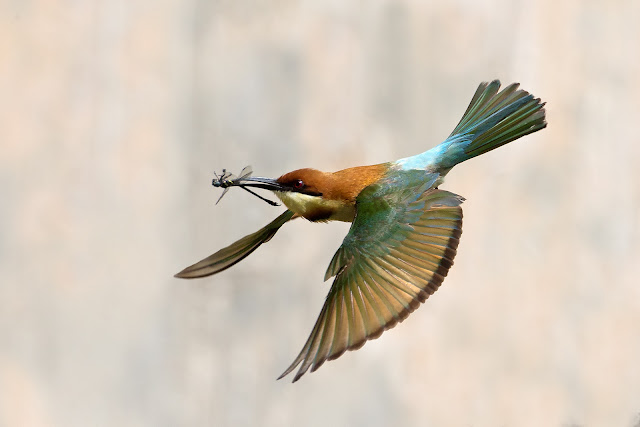 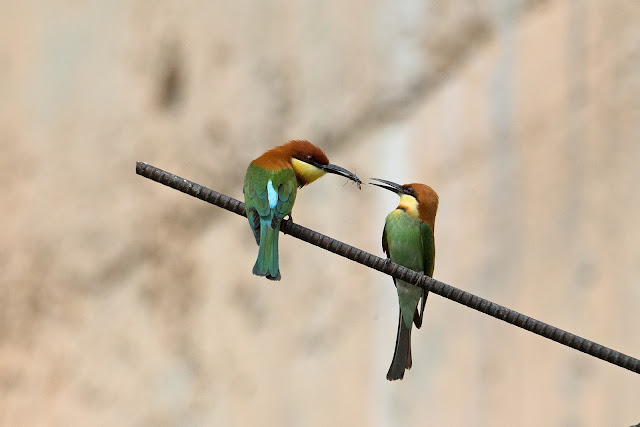 Up to 5 eggs are laid a day apart. In 20 days the chicks hatch and the parents will make numerous trips along the pipes to feed the hungry brood. All goes smoothly as the location has many flying insects that is their food source, captured by the parents in the air and conveyed into the chicks. 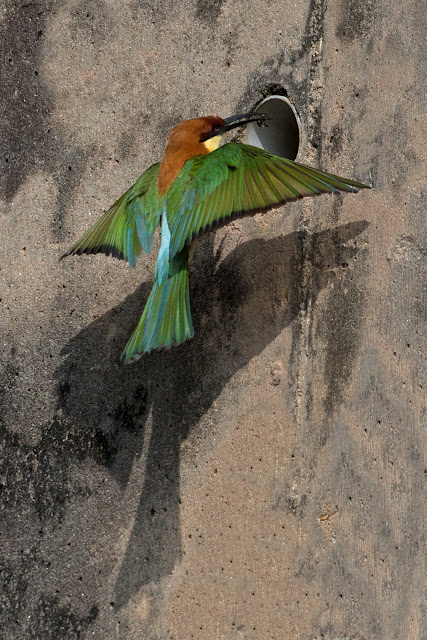 The adults will reappear up to two minutes later either head first, having enough room to turn around or tail-first where they complete a gymnastic flip before flying off for more hunting 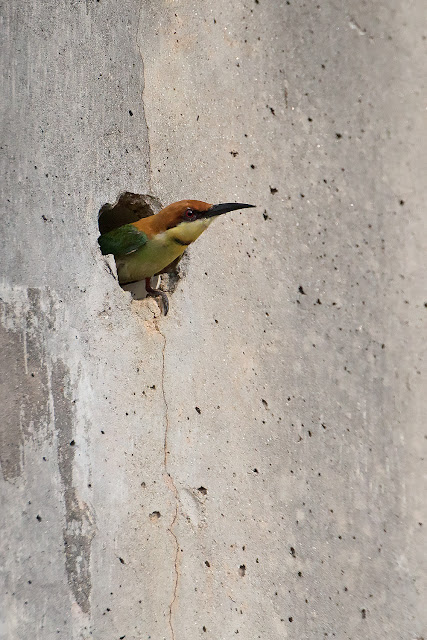 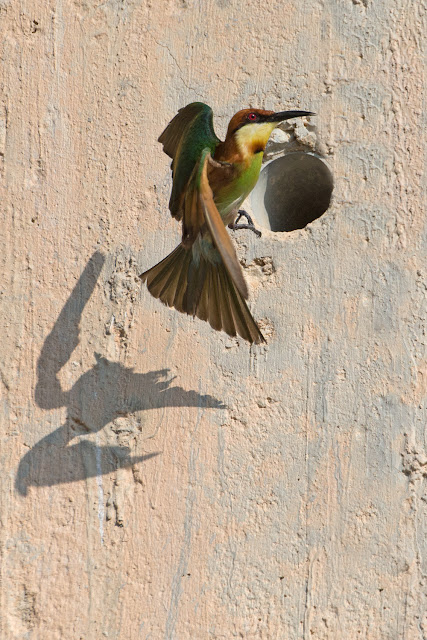 The chicks mature in 28-30 days and are ready to fledge (leave the nest fly for the first time). The oldest chick will go to the open end of the pipe and will then intercept all the food coming in via the parents. 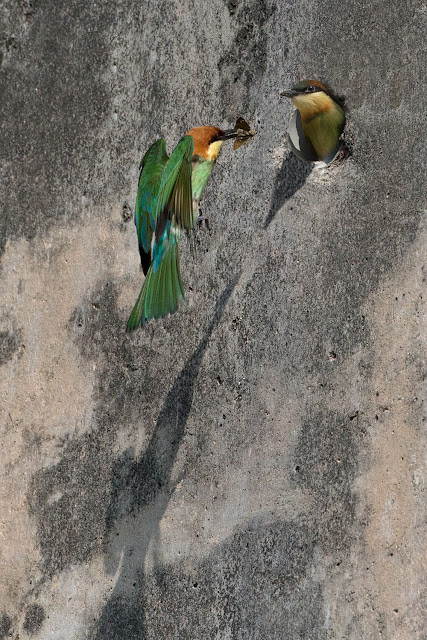 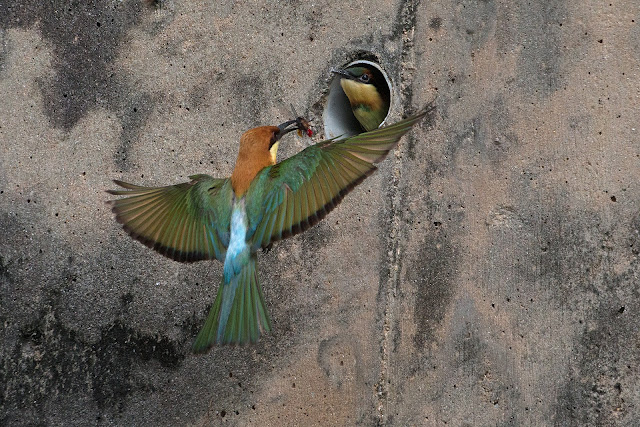 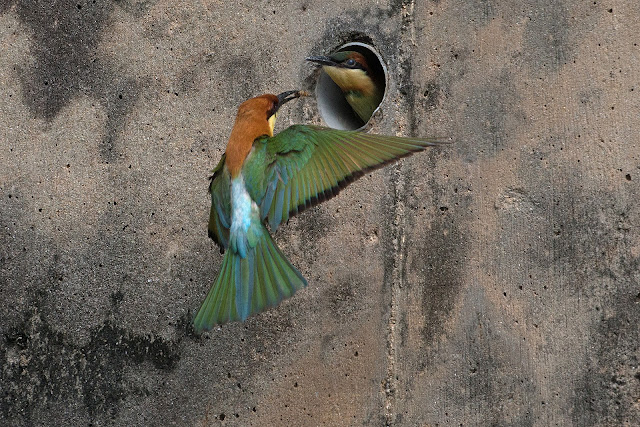 You can tell there is a chick near the entrance because the incoming adults stay on the outside of the nest entrance. The parents will rapidly stuff the ‘doorway’ chick with food…BUT he/she, now adult-sized, is preventing the feeding of the other chicks. 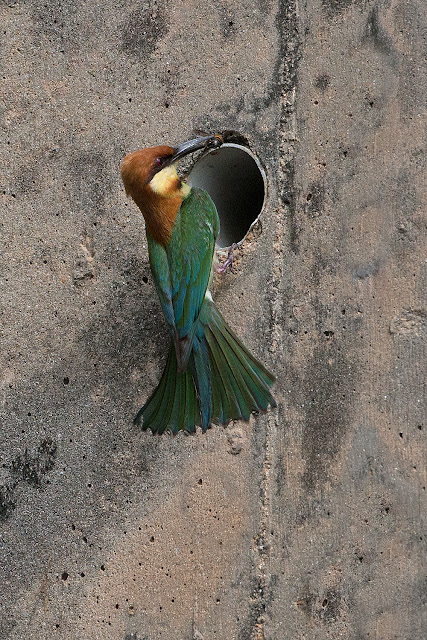 There may be up to five adults feeding the nest and they have a two-pronged strategy to clear the obstructing chick. COERCION or EXTRACTION.

With COERCION the adults will fly in like they are on a feeding run but will veer off in front of the chick …giving it a heavy hint. They will then fly in front of the nest at a distance of 20-30 metres calling the chick. If the chick decides to fly it will be greeted by the parents and escorted to a nearby tree. It will be fed there by the parents for some time or in the adjacent area. 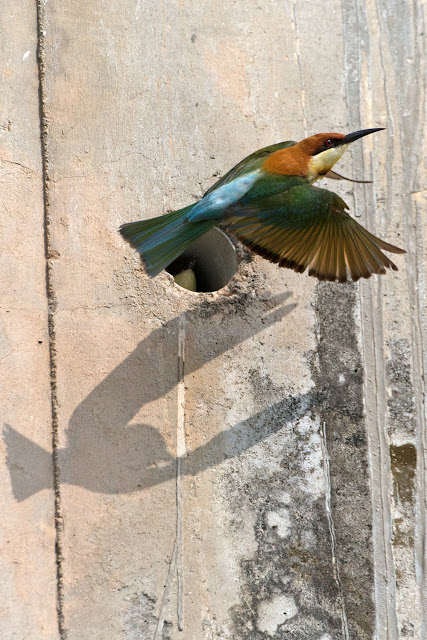 If the blockading chick does not get the subtle hint…. a less subtle method is used…EXTRACTION

The adult will fly in like on a normal feeding run. 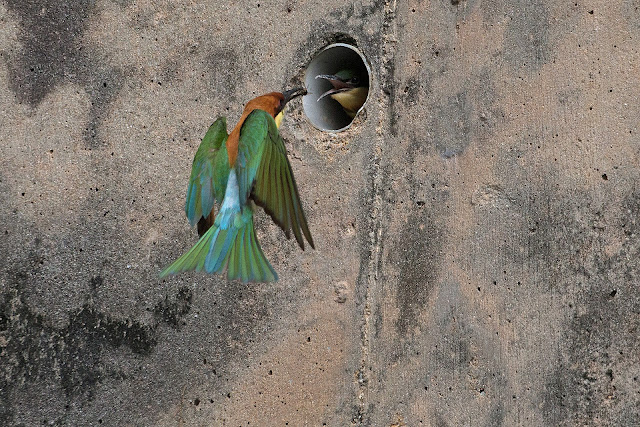 It will plant its dainty feet under the tunnel entrance. 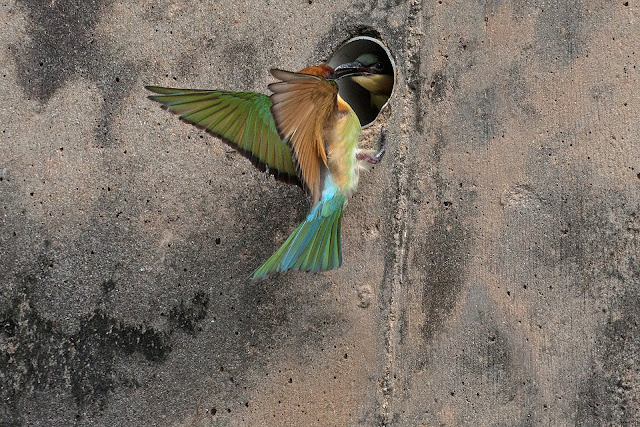 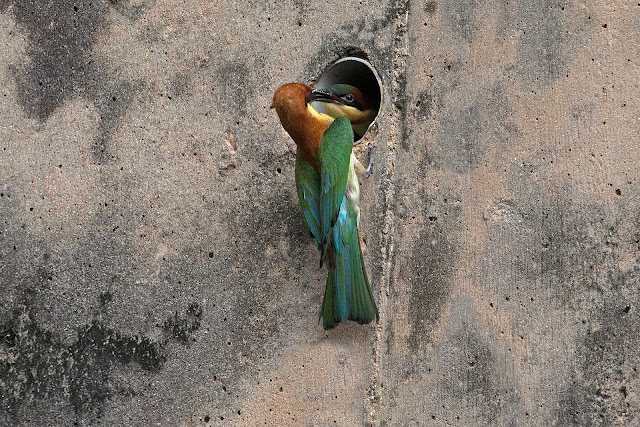 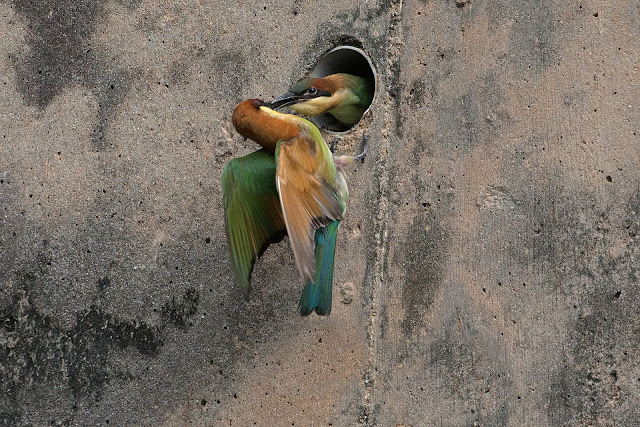 and pulls back.......extracting the chick like a pulling a tooth. 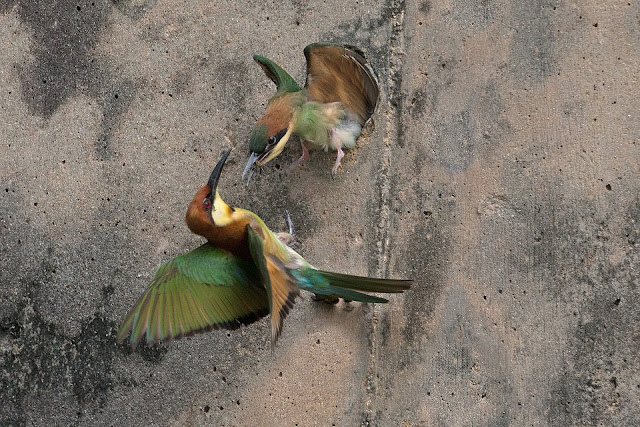 .....leaving the chick no alternative but to fly off. 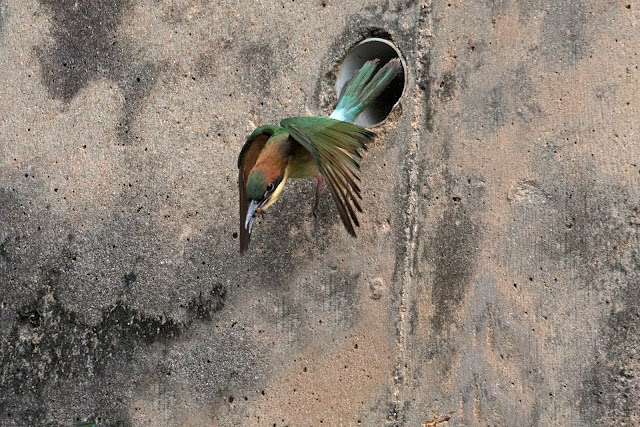 The next mature chick will them come to the entrance in a short time and the whole procedure is repeated.

The whole event is over in the blink of an eye....to be precise at 10 frames a second and 6 consecutive frames ...there is 0.6 seconds of extraction action.
Posted by Graeme Guy at 22:04 34 comments: