I am a nature photographer who tends to specialise in bird photography essentially because they are the most available subjects where I currently live. While I will take pictures of ‘birds on sticks’ like many other bird photographers I try to get action shots as they tend to be more enduring and popular with the viewing public.

Why are action shots more popular?

Most of us have seen birds perched somewhere, seagulls on a wharf, kingfishers on telegraph wires or sparrows on our lawn. With bird in rapid flight although we have seen them flying the wings are just a blur to our visual perception. When we see a photograph of a hummingbird in flight, for instance, we are able to see the iridescent colours of the wings and how they are deployed during flight. Action photographs therefore show us detail that is impossible for our eyes and brain to collate and visualize. Single shots can show us how a flying hummingbird appears in a very short moment in time (several milliseconds). 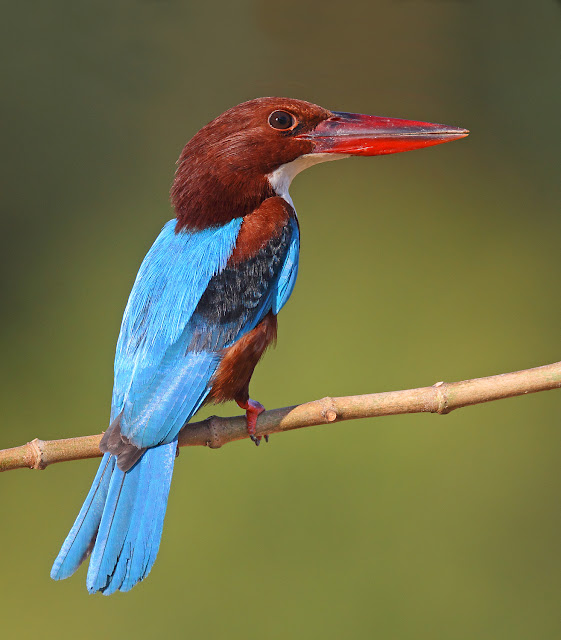 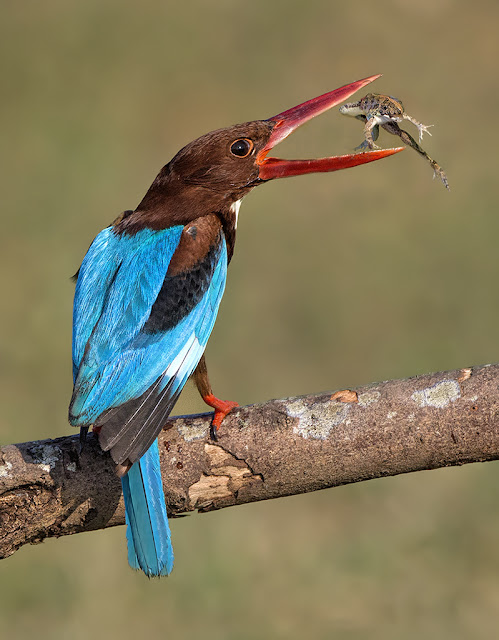 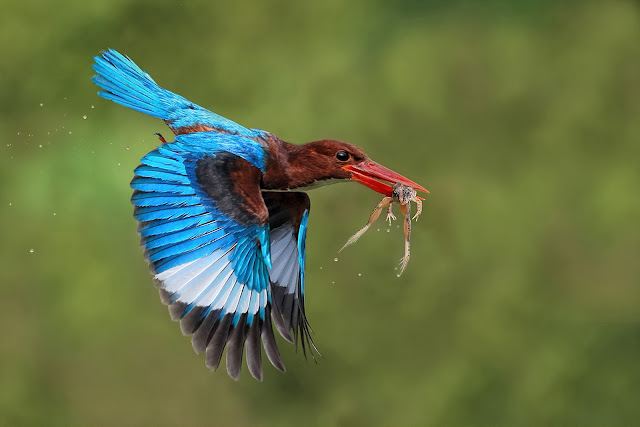 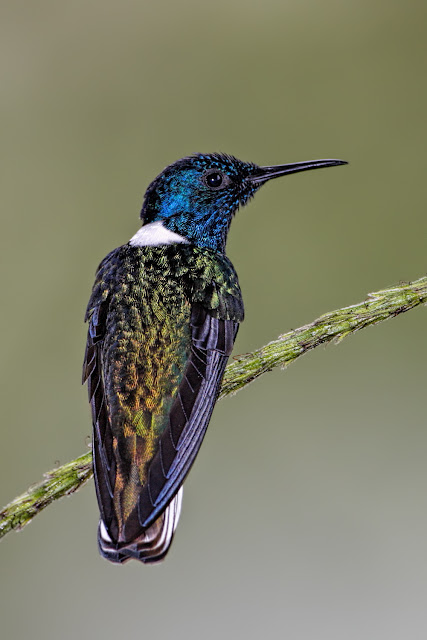 Hummingbirds flap their wings so fast they are a blur until photography based on rapid flash output 'freezes the action. 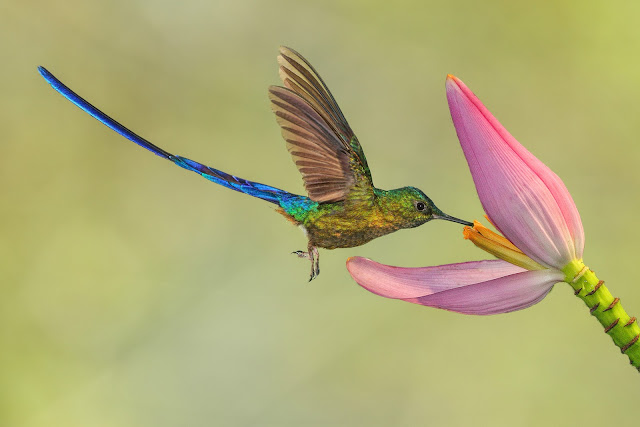 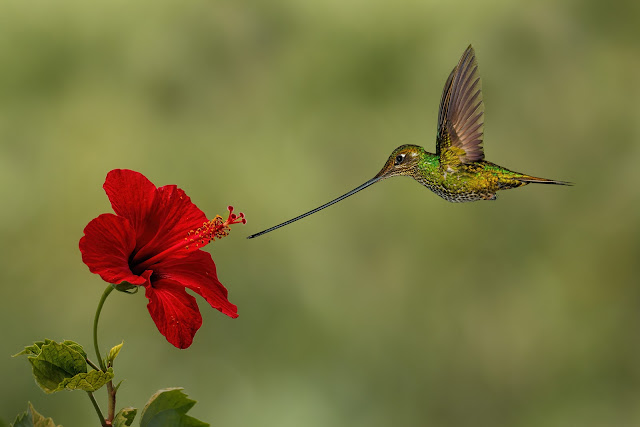 Single shots however are somewhat incomplete in detailing for instance how a zebra (or horse) gallops. A single, split-second shot will not show the sequence the legs hit the ground. This sort of challenge confronted some of the pioneers in motion photography. Eadweard Muybridge 1830-1904) was an English photographer important for his pioneering studies of motion and early work in motion–picture projection. At age 20, he immigrated to America, first to New York, as a bookseller, and then to San Francisco. He returned to England in 1861, and took up professional photography, learning the wet-plate collodion process, and secured at least two British patents for his inventions. He went back to San Francisco in 1867, and in 1868 his large photographs of Yosemite Valley made him world famous. Today, Muybridge is known for his pioneering work on animal locomotion in 1877 and 1878, which used multiple cameras to capture motion in stop-motion photographs, and his zoopraxiscope, a device for projecting motion pictures that pre-dated the flexible perforated film strip used in cinematography. Muybridge’s work led to cinema-photography and the current video industry. 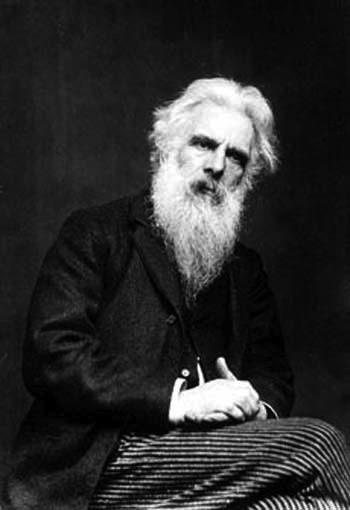 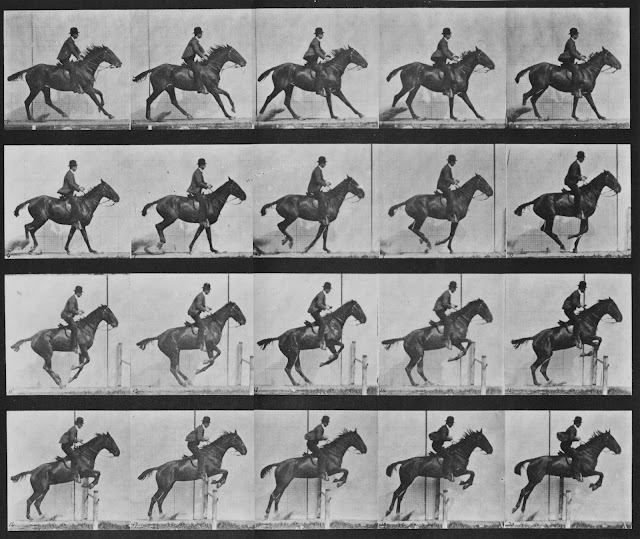 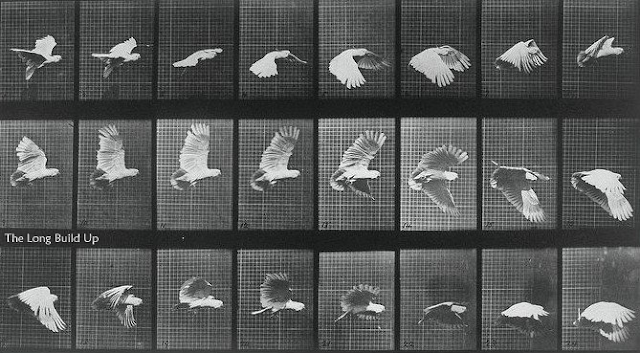 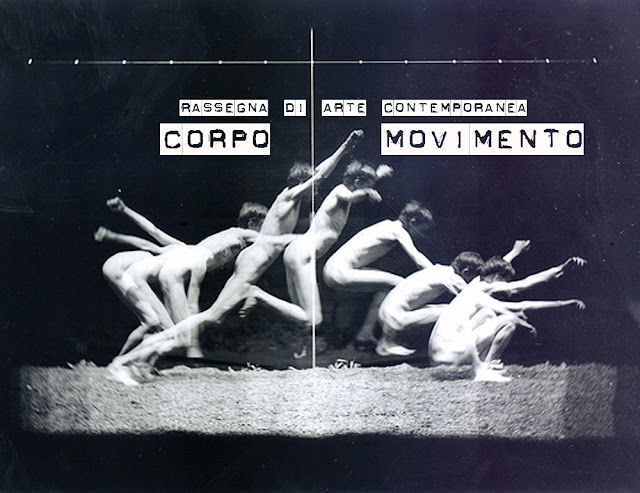 I am taking Muybridge's ideas to portray multiple shots of a bird doing a particular action. This gives the viewer the benefits of one split-second image  plus a sequence of events that happens in a particular process such as hunting or feeding chicks.

A White-throated Kingfisher diving after prey 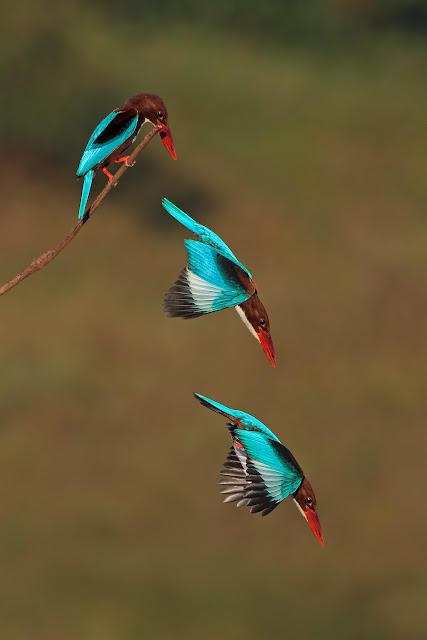 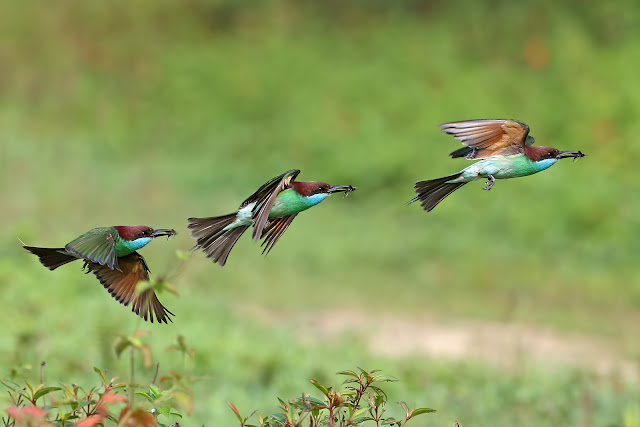 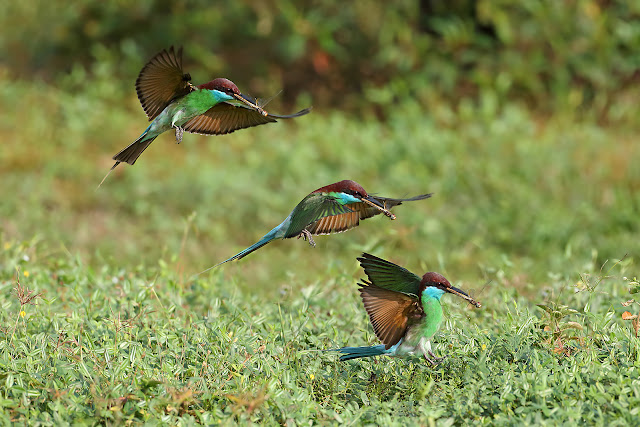 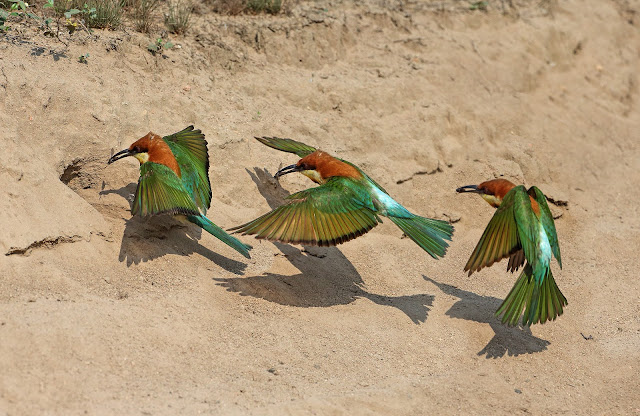 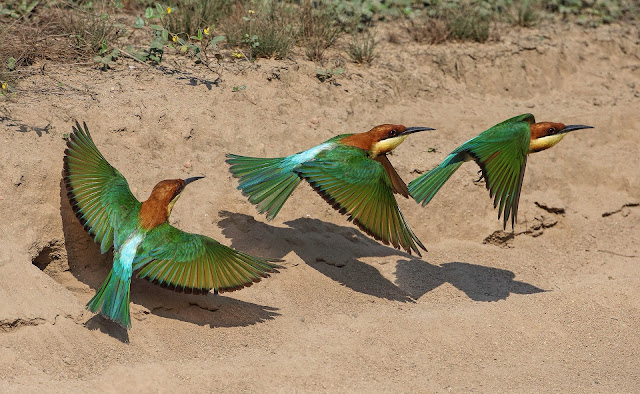 The above images were taken in a single sequence using the 12 frames per second motor-drive (machine gun) on my 1DX camera. They have been stitched together in Photoshop.
Below I have used the same concept but have taken images from video sequences from a GoPro camera imbedded above a nest hole. This gives a 'chick-eye' view of how a chick may see the adult approaching. 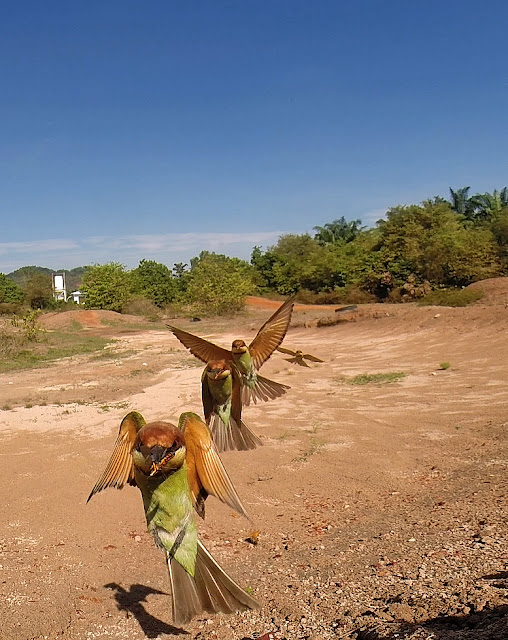 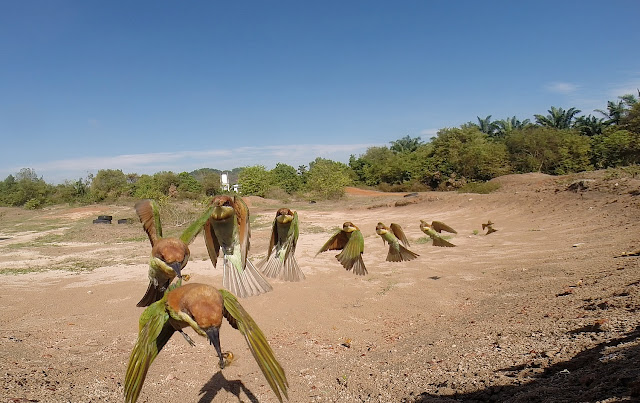 Back to my EOS1DX camera this is my favourite sequence at the present time of a White-throated Kingfisher landing on a perch then seeing prey and diving after it. Such a sequence shows various feather detail and physiological movement involved in flight and diving 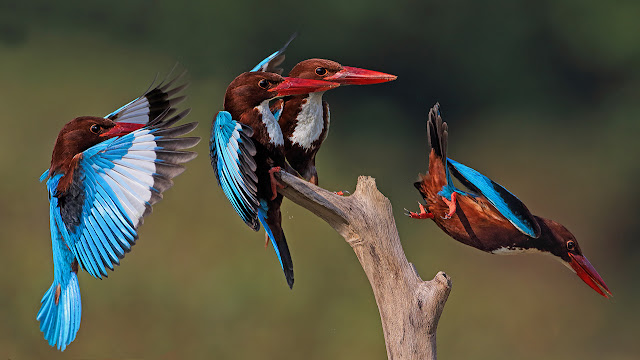