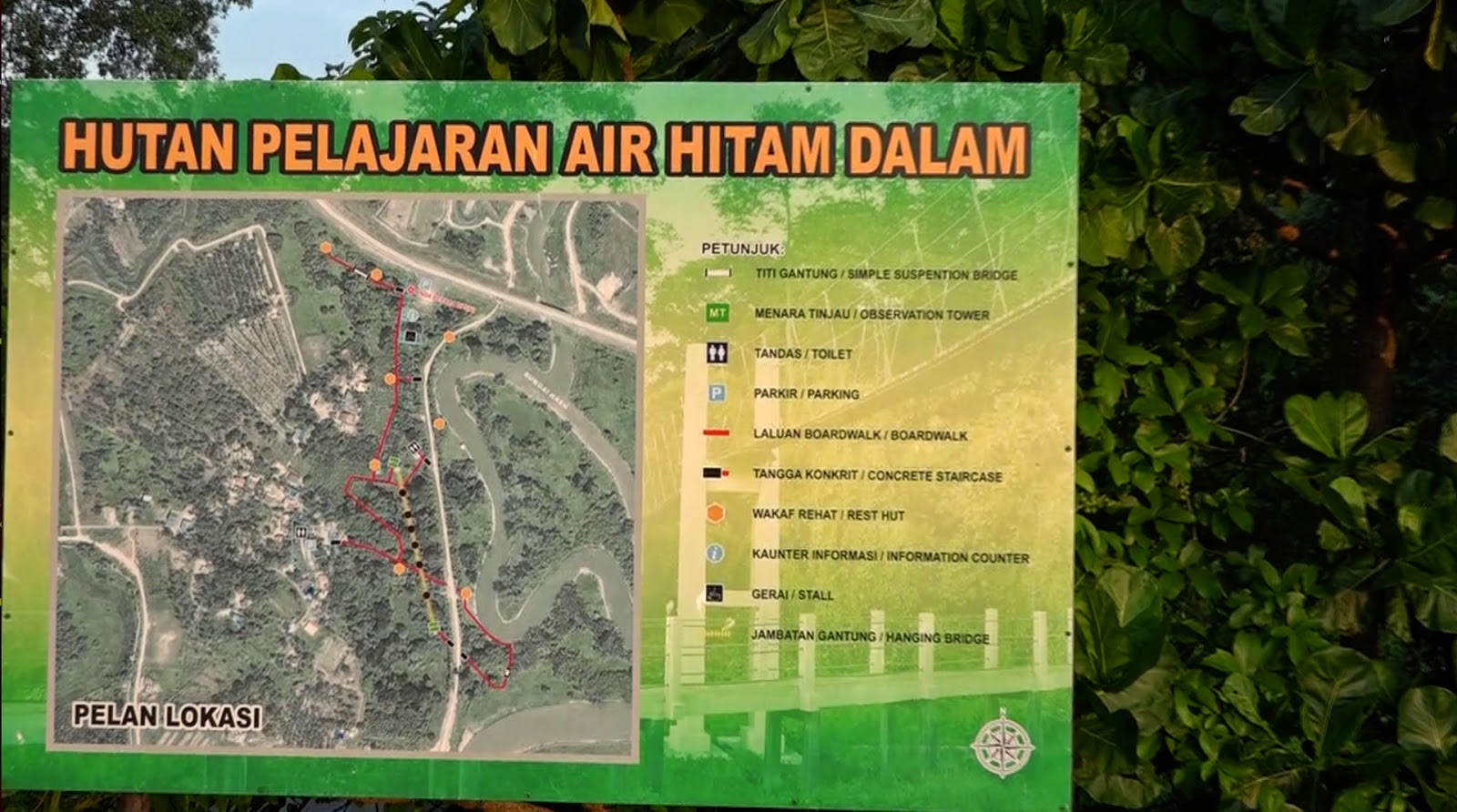 Air Hitam Dalam Educational Forest or popularly known as Air Hitam Dalam Recreational Forest is a fresh water swamp with a size of approximately 11 hectares. The park is situated in the Seberang Perai North District of Penang or North Province Wellesley. It is easily accessed by leaving the North/South Highway at exit 165 to Sungai Dua and following the GPS directions. There are two access routes; one rather convoluted through a Kampong (old car park) and another upper car park off Jalan Kubang Semang (P3) (new car park). A lot of bird action occurs in and around the Kampong car park while the upper car park has a good view of the rising sun. 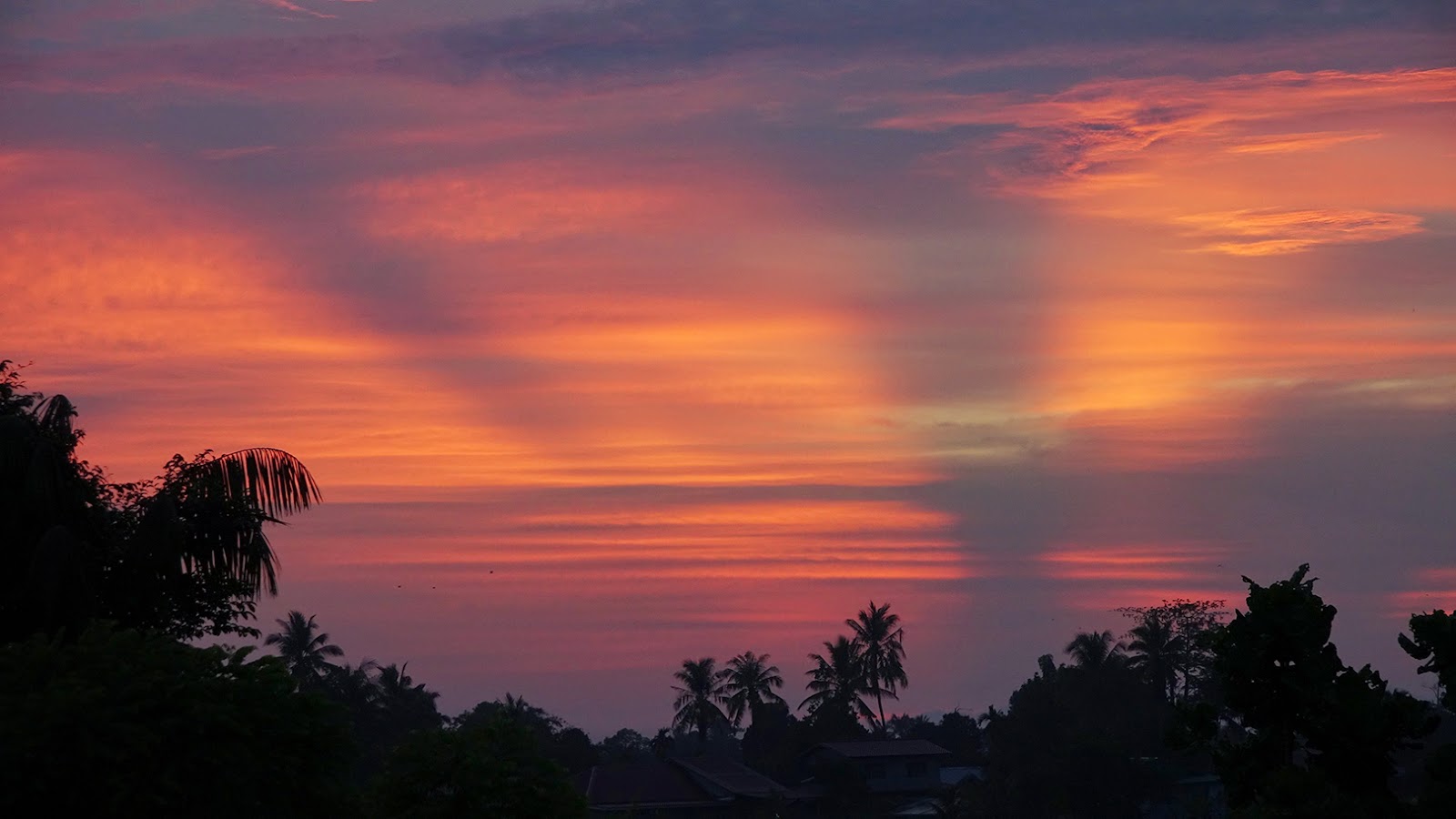 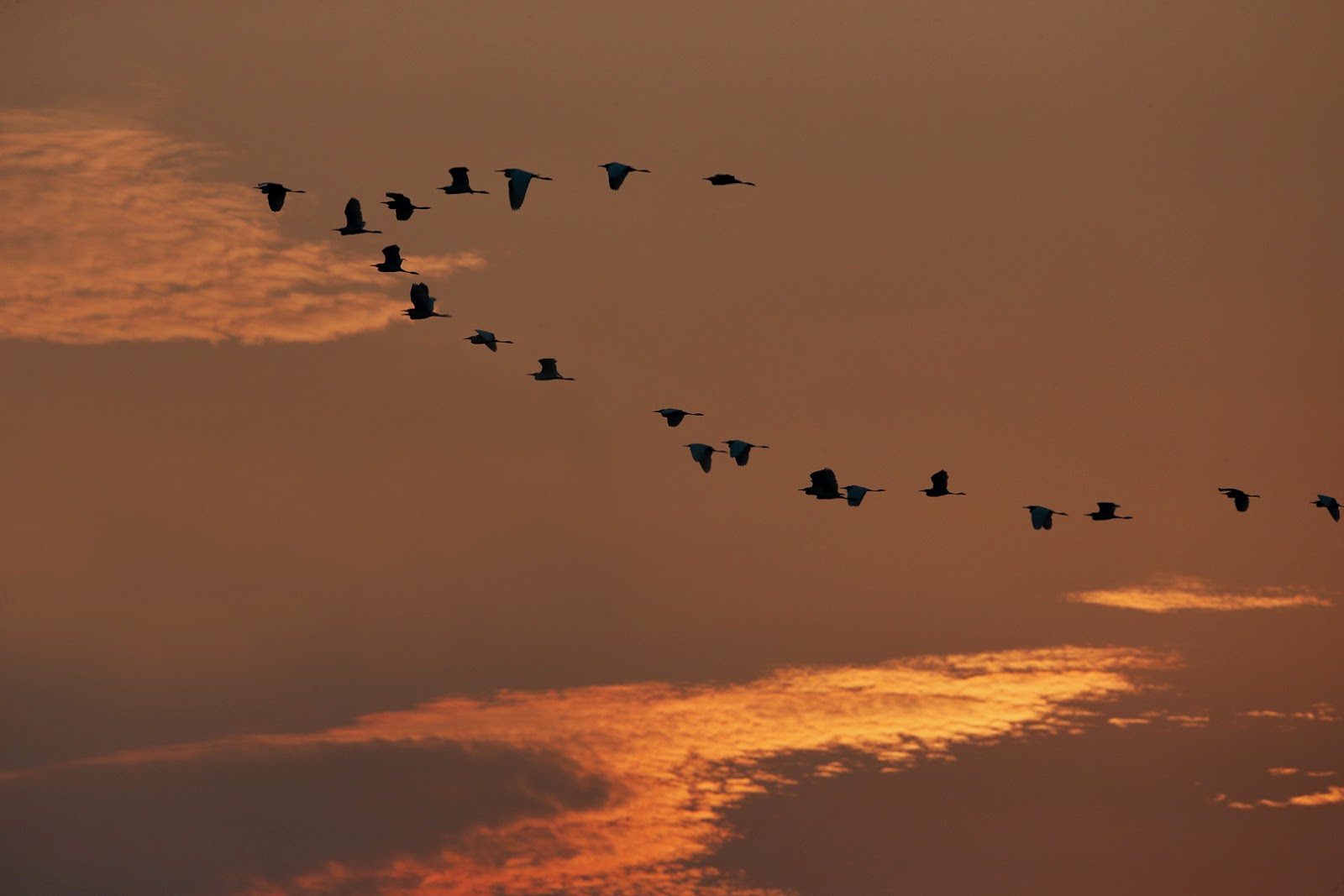 Air Hitam Dalam literally means Deep Black Water, which suggests the river beside this park was deep and dark. A perusal of the noticeboard bearing an aerial image of the reserve and a quick look around would leave most newcomers underwhelmed as to the potential. Some birding sites are in a unique location and certainly this reserve is in that category. It consists of a winding muddy river (mainly Sungai Perai...it meets Sungai Jerak nearby), a bund running about 400-500 metres, patches of fresh-water marshes, a meager collection of large trees and an area of commercial shrubs [(Barringtonia racemosa (Putat) and Nypa fruticans (Nypa Palm)].
There are several observation towers and suspension bridges and boardwalks above the swamp. When I arrived in Penang 3 years ago the infrastructure was being replaced whereby concrete structures replaced sad, rotting wood. The site is relatively well maintained and the workers clean up the ubiquitous litter leaving a meager but pleasant environment but sadly the refurbished structures are already showing signs of wear and tear. 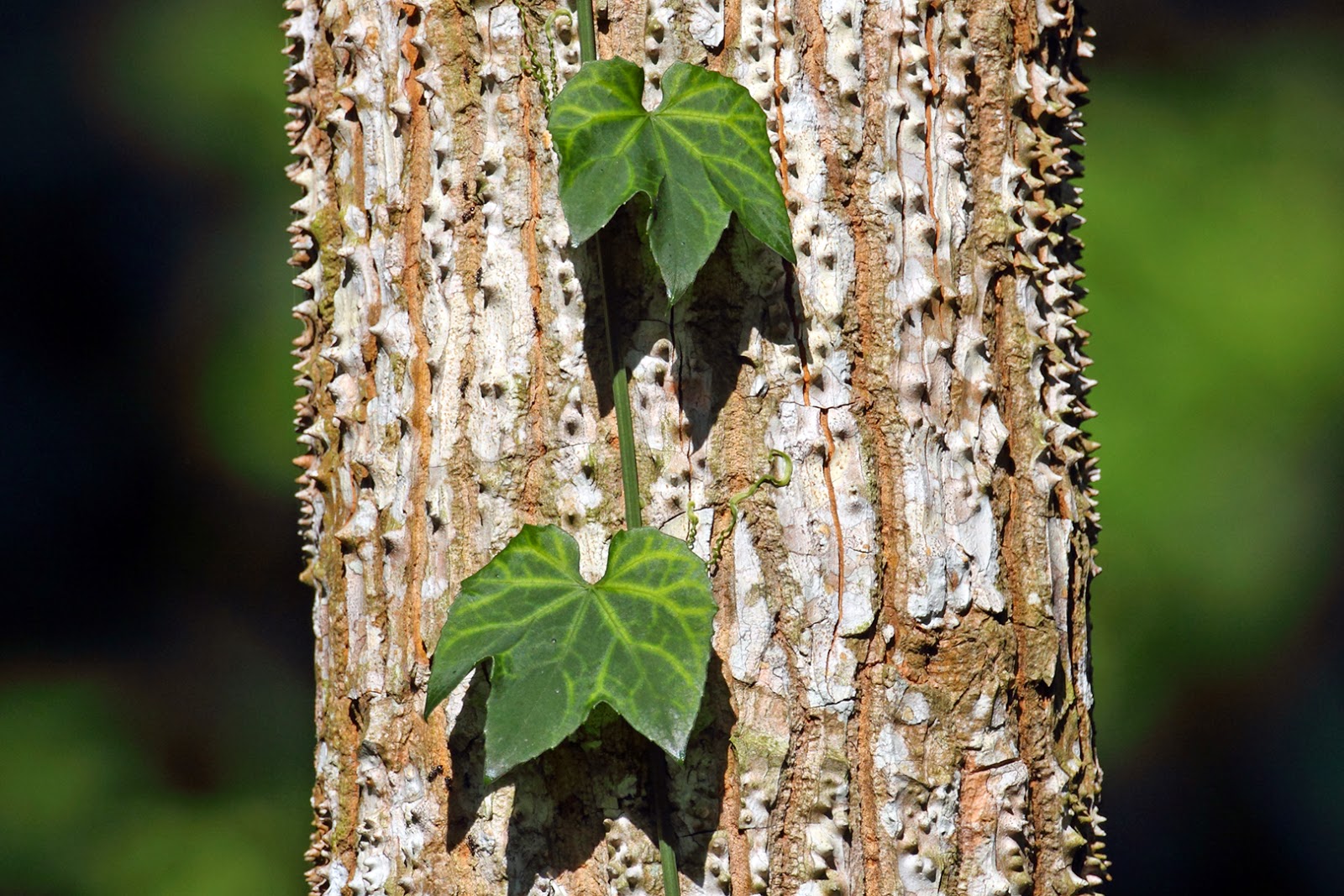 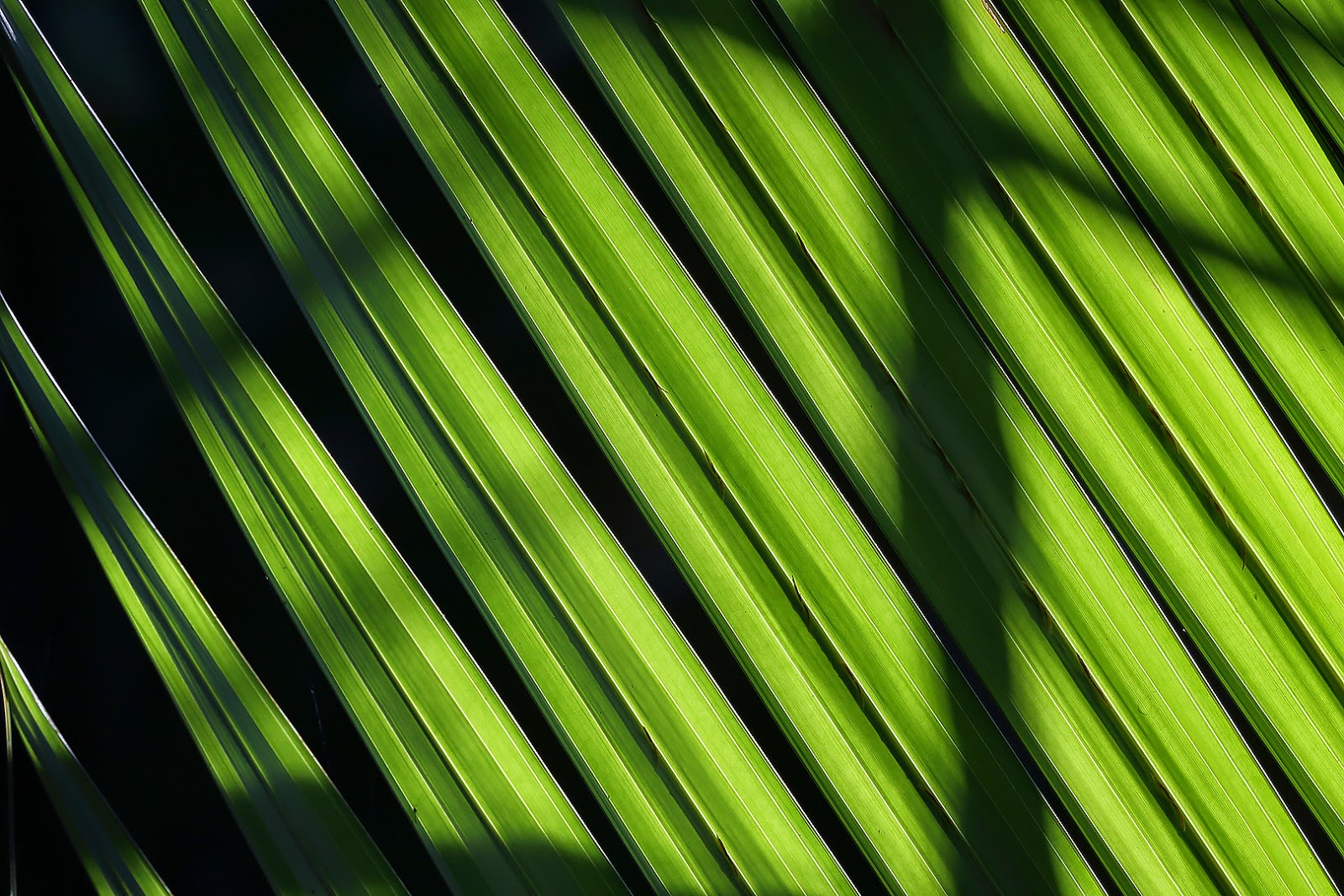 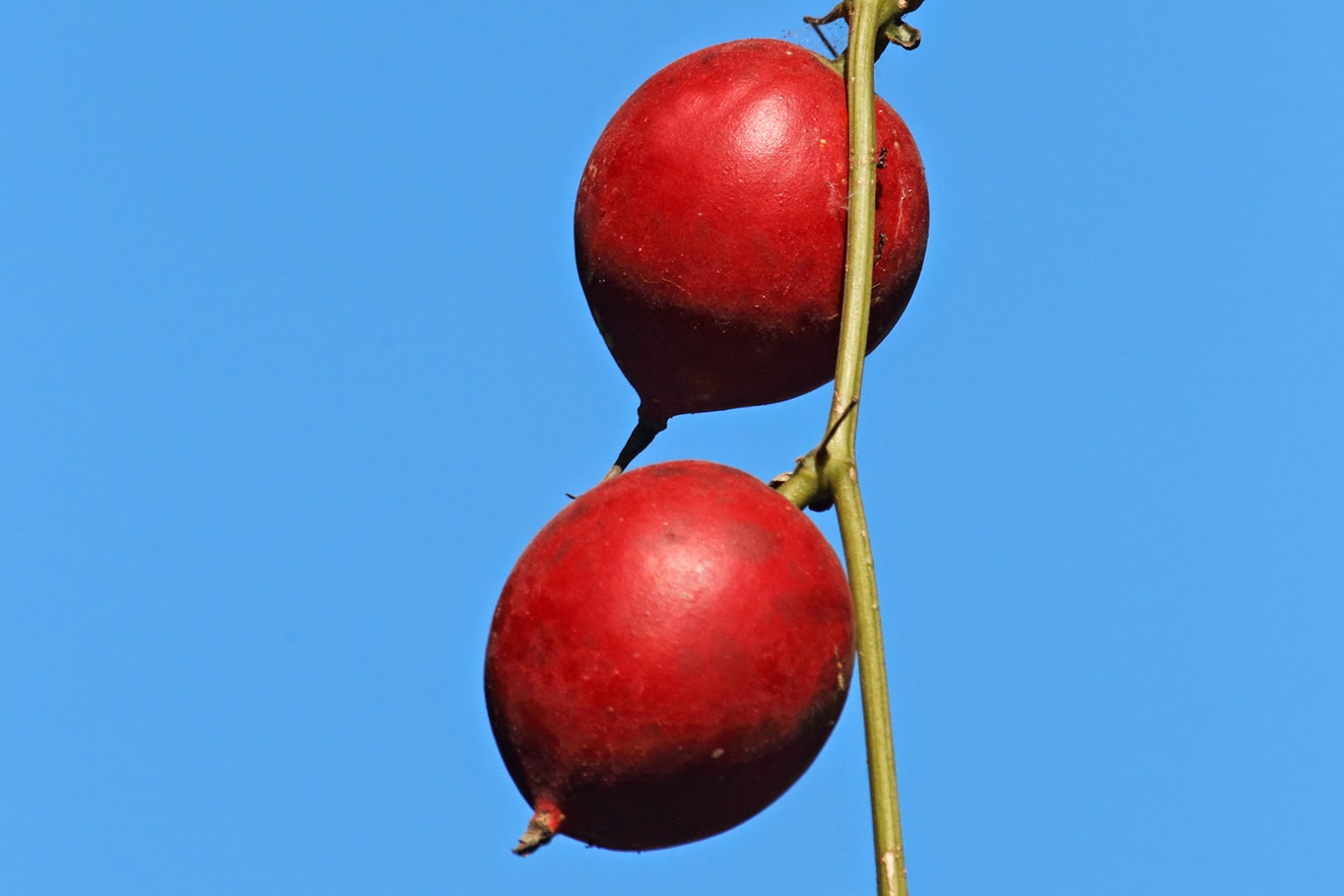 Sungai Jerai loops around on one side of the bund while the bulk of the forest remnant is on the opposite side. Various sized Monitor Lizards can be seen in the river or lurching across the bund to access the swampy area under the trees. I have also seen several Smooth-coated otters sliding on the muddy banks of the river or swimming in the murky waters.


My first two visits to Air Hitam Dalam left me underwhelmed but the action is very seasonal and multiple visits are required to fully appreciate the potential. The overwhelming question is how does this rather small, mixed habitat area host such a variety of wildlife. The quick answer is that it an oasis and stopping off place for feathered migrants and travellers. The area around the reserve is mainly paddy fields and the trees would be like a 5 star hotel in the middle of the Sahara desert for migrants…..and of course some stay for a while. In reality over 100 bird species have been recorded at this forest reserve. 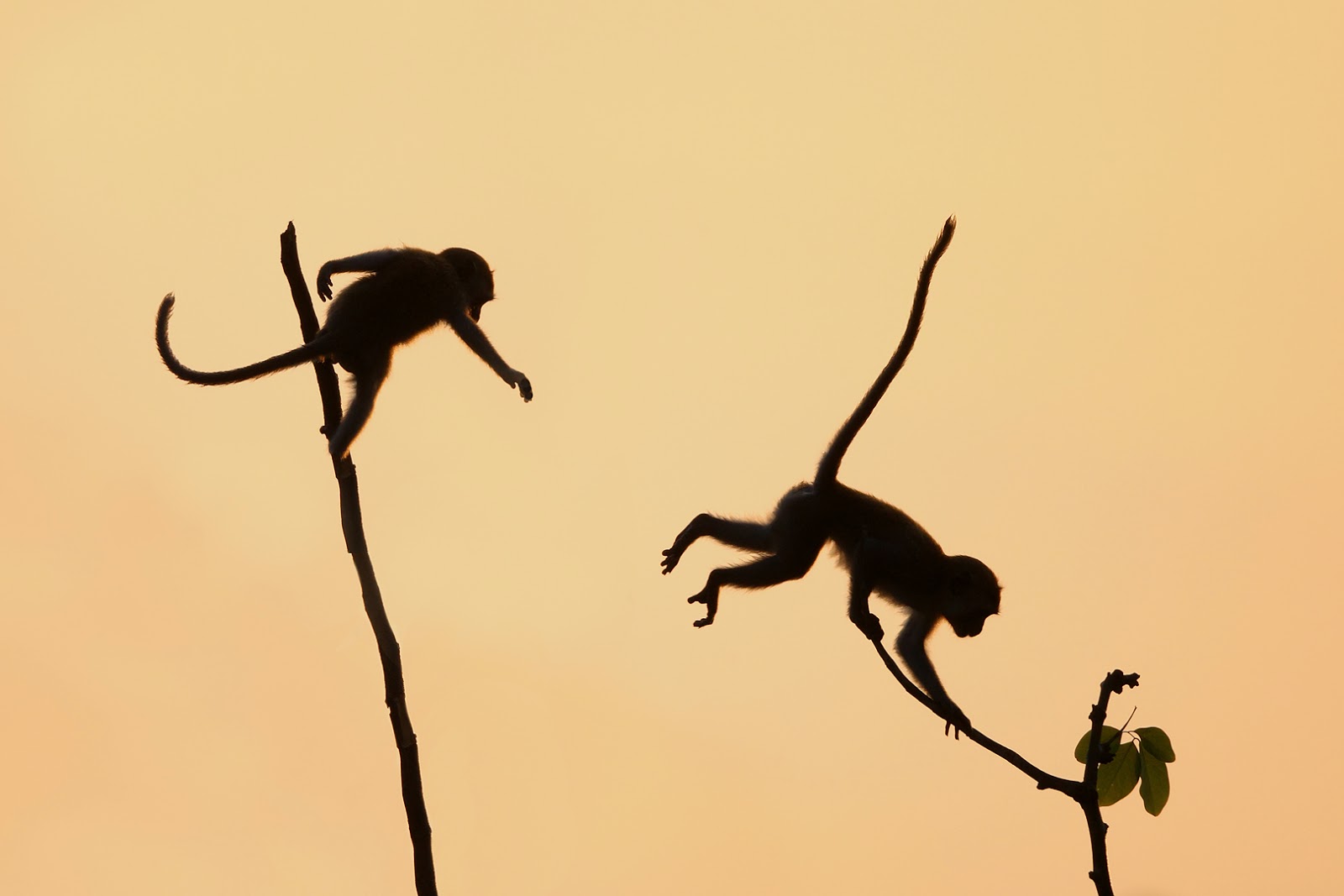 Other species of mammals in the reserve include hyperactive Squirrels. The main species; the Plaintain Squirrel can be seen snaking at stupendous speeds along a disjointed arboreal highway, chasing, jumping, 'chirping' or gathering food or nesting material.

Several years back a pair of Mangrove Pittas were in residence and even nested adjacent to the carpark. They seem to have been displaced in recent years by one or two pairs of Blue-winged Piitas, which are a popular drawcard for the bird-callers and worm-feeders. As seems to happen when various species are lured out of the forest by play-back and meal worms other species cash in on the handout and await the ‘dinner gong’. Currently there is a friendly Racket-tailed Drongo quietly awaiting the Pitta-feeders.


Air Hitam Dalam seems to be a popular place for raptors. There is sometimes 2-4 Crested Serpent Eagles in the vicinity and Brahminy Kites pay regular visits. At various times Black Kites are observed around the reserve. The small group of trees also host 3 owl species; a Barn owl family, a Spotted Wood Owl family and Buffy Fish owls.


Earlier in 2014 several species of Hawk-cuckoo were temporary residents in the reserve; the Hodgson’s Hawk-cuckoo and the Large Hawk-cuckoo (described here; http://digdeep1962.wordpress.com/tag/air-itam-dalam/).

There is a colourful supply of Woodpecker species in the reserve; the more frequently seen, or heard, are the Common Flamebacks which nest within decaying trees. Banded Woodpeckers can also be seen seeking insects in fruiting clumps and in tree bark. The less common Streak-breasted Woodpeckers are a a little more difficult to spot and photograph.

Pittas and Raptors are large or colourful but the forest reserve also harbours a number of species of small and elusive flycatchers; The Asian Brown, Dark-sided, Mangrove Blue and the elusive Green-backed can be seen there at various times.
Flycatchers however can be spectacular and one of these is a migrant species in the reserve. Several months back there were at least 5 individual Asian Paradise Flycatchers stopping over on their way north.

Another large bird species that has recently made the area its home is the Asian Openbill Stork. In early 2013 several observers spotted a large flock of this species heading south. There had been a small seasonal population in Penang for a number of years numbering around 20 birds. The observed flock of up to 2000 birds signaled a southern expansion of this species that was listed previously as ‘non-resident’ in peninsular Malaysia. There is currently over 1000 Openbills roosting near Air Hitam Dalan and they fly at first light to grazing fields. A favourite food is the Golden Apple snail that has reached high levels in paddy fields.


A prominent sound on the reserve boardwalks is the call of the Lineated Barbet which nests in tree hollows.

Other bird species documented in the forest reserve include; Olive-backed Bulbul, the Ubiquitous Yellow-vented Bulbuls, Asian Glossy Starlings, Green-billed Malkohas, Common Iora, Olive-backed Sunbirds, Ashy Tailorbirds, Arctic Warblers, Pin-striped Tit Babblers, Pink-necked Green Pigeons, Black-naped Orioles and Pied Fantails. I obtained a series of somewhat humorous images of this gritty little species when a Crested Serpent Eagle perched too near a fantail nest. The light was not good enough for sharp flight shots but the little birds constantly bombed and harassed the raptor until he sought a more peaceful perch.

The old carpark that is accessed through the Kampong, although lacking in quality photographic light, has quite a bit of action with small birds foraging in the forest remains, along the top of the moss-covered wall and on the tarmac of the carpark. Forest Wagtails, the various flycatchers and the Abbot's Babbler come into this category. Nature photographers love to see and photograph Broadbills. Black and Red Broadbills were once a feature of Air Hitam Dalam and recently several individuals were again spotted with nesting material, which hopefully signals a return of this cute species.
Colourful Sun skinks also bask in the sun on the carpark wall


I have made a cross-video that incorporates video sections linked to still images to provide a feel for the location. The current edition for Air Hitam Dalam can be found here; https://vimeo.com/96301526